My first adult encounter with autism was a triumph of generosity over limbic recoil. My then-partner had suggested we open up our country property for visiting by a children’s respite care organisation. We lived in a beautiful spot and had many delightful animals to look at and interact with. To say I was a bit disturbed by the idea is to understate the case. 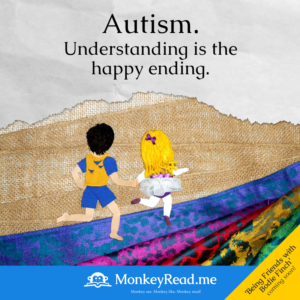 I avoided children who were disabled; I didn’t understand them, I didn’t know how to communicate with them. Perhaps subconsciously I associated them with the little non-verbal boy, Neville,  who ran around our streets with no clothes on making strange noises in my early childhood.  He turned up naked at our school bus stop one day when I was just five. It was shortly after the bus had run over a dog in front of my eyes, and I can remember my absolute terror that Neville would behave as randomly as the dog, run under the wheels and be squashed too.

But that was a long time ago. I try to embrace new experiences, and I’m a naturally giving person; who was I to say no?

And so one fine spring day, along came a busload of children with assorted physical/developmental challenges. Each child was accompanied by a volunteer carer.

Two children in particular stand out in my mind. The first, a tall boy of ten or so, quickly eluded his carer and came inside our house. There he found a light switch and turned it on-off-on-off-on-off relentlessly till his breathless carer turned up.

“Don’t let him in the house,” he gasped. “He’s autistic. He’ll destroy all your electronics in ten seconds. He’ll have that CD player in bits on the floor.”

And seizing the child by the hand, he dragged him off outside, the child protesting all the way with incomprehensible moans.

At that stage in my life I was filled with difficult feelings, knowing that I would only ever have one child – my son was then around eight – and my longed-for daughter would never eventuate. I remember very clearly thinking in that moment, thank god my child is normal – I could never cope with having a child like that. And feeling that every pregnancy is a sort of dark game of Russian roulette: there’s always the chance of a bullet in the chamber. Feeling, for the first time, a sense of relief that I would have no chance of losing that game.

I believed then that I would be exposed as the complete fraud I was if I were to have a child with a disability. I was an excellent teacher, relating so well to my students, helping them gain exceptional results in their final exams. But at the back of my mind I knew that they were easy children to teach well, clever children from a privileged demographic. And my son – well, he was the sort of ‘difficult’ I enjoyed, challenging me constantly with his sharp wits and skilful grasp of language.

How would I cope in the world of disability? Badly, I was sure. I was too selfish, too judgmental to put my dreams to one side and devote myself to endless therapies and frustrations.

But then, as a counterpoint, there was a second boy with autism in that group, and his carer was a well-meaning young man – but verging on obese. It was unwise to match him with a known ‘runner’ on an excursion to a 35 acre bush property. 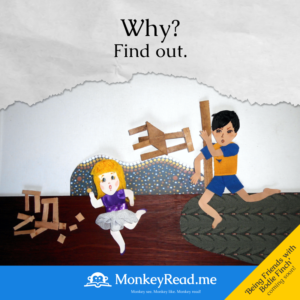 It was inevitable that the runner would take off without a scrap of warning, and it was inevitable that he would outstrip his carer for pace, despite the disparity in age and leg length. I happened to be standing in the path of the fruitless chase, and the poor carer gasped at me “Help me please – he’ll just keep running – I can’t keep up.”

Now, I was at that stage of my life no runner. I was in fact a couch potato of the first order. But I was lighter on my feet than this poor young man, and so I took up the chase. As I put on my feeble afterburners and streaked after our escapee, I was well aware that there was nothing between us and the Dharug National Park but a strip of our neighbour’s farmland.

Nothing. No fences. If that boy just kept running, he could be lost in no time. There were cliffs, and there were snakes, and this was a non-verbal boy wearing shorts, a t-shirt and sandshoes.

Damn he was fast.

I couldn’t catch him, but I came close enough to speak to him as he came to a fork in our bush path towards the back of the property  and hesitated for a moment.

“Wow, you’re a very fast runner,” I gasped. “Can you run that fast back to the house?”

Of course he never looked at me, and of course he didn’t reply; he was non-verbal. But he obviously understood, and his response was immediate. He darted past me, back towards the farmhouse, and ran just as speedily back to safety.

I don’t know how my brain managed to come up with the right thing to say. Maybe it was all those years of teaching adolescents, where my best discipline tool was finding what each child was good at, not trying to bend them to my will. But that moment of connection with Speedy Gonzales changed my attitude completely.

Back at the house, I watched Speedy as he engaged in his other favourite pursuit, making marks in the sandy soil with a stick. I continued a one-sided conversation with him as he drew.

“I’m glad you ran back here. I was worried you’d get lost. If you got lost, you’d get hungry and thirsty and we wouldn’t be there to give you something to eat and drink.”

There was no sign that he understood or was even listening to me.

“What are you drawing? It looks like fish scales.”

Still no response. That’s not the point. The point was that here was I, the person who just an hour ago had regarded a child with autism as a terrible burden that would break me, trying to make more contact with a child just like that. Almost as though, you know, he was human or something.

See, I liked him. I admired that he was so competent at running. I liked that he took up my challenge to race back to the house and beat me again. I was interested in the way he drew patterns on the ground. I felt an urge to try to enter his world in some small way.

I can see now how little I knew, how immature my reactions were. I was a woman of nearly forty, and yet when it came to understanding disability I was completely clueless. I was fearful of the unknown. I pushed it away because I thought it might show me my weakness. Who likes looking at their failure of character in the mirror? I think back to Neville, and realise that he was probably autistic too, not the victim of terrible parenting as the neighbours all assumed. Quite the opposite – his parents must have resisted the suggestion to put him in a home away from public view, as was normally done back then. My heart breaks for them. They were the subject of so much snide gossip.

I see this resistance in others now, this pushing away of difference, this fear that opening their eyes and minds to other ways of being will somehow reduce their personal power. If they only knew how much our power is increased and our hearts touched by embracing those who are different, by trying to understand their world.

I was challenged again later in my career, when I took to the world of early childhood teaching and one of the children on whom I based ‘Being Friends with Bodie Finch’ came into my care. I was Mrs Baker in the book, completely out of my depth, having no clue how to handle the situation and seeing my ‘Bodie’ as the problem.

You are never, never too old to learn. And asking for help makes you stronger, not weaker. These things I already knew, and these things saved me. My world has broadened so much since I chose to learn, not push away. Understanding our own faults is liberating, not demeaning.

And so I learned to be less of a judge and more of an advocate. And so my heart was touched. Here is the real ending of one ‘Bodie Finch’ story, one that happened to me:

On  my Bodie’s last day, when he was off finally to ‘big school’ aged 6, his father tried to explain to him that this was the last time he would come here.

“You won’t see Candy every day any more,” he said. “You need to say goodbye properly.”

And little ‘Bodie’ came to me, and looked me right in the eye, and said “Goodbye Candy.”

“He never looks at anyone,” he said. “And he never says anyone’s name.”

Can you see it, right there – the seed of ‘Being Friends with Bodie Finch’ being sown? The ending came to me first. That’s often the way with writing.

And yes, I might have cried. I’d come a long, long way from the woman who saw a child with a disability as a random bullet in the chamber of a gun.